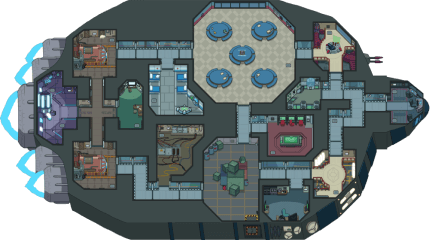 If you are looking for a new gaming experience and want to try “Among us”, you should dive into the first and easiest map for beginners. This map is considered the oldest one in the “Among us” universe. This gaming map will be an excellent present for people interested in a space theme. You need to play and complete some missions being an essential part of your crew. Just try it starting your game in a Cafetaria.
Read more 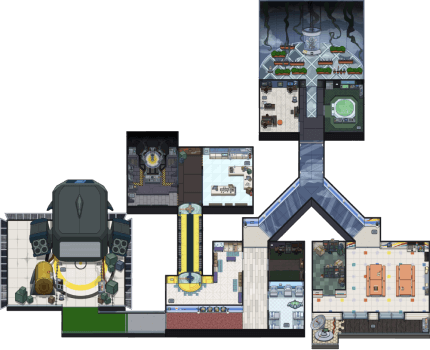 This map can be a great surprise for gamers willing to play in some kind of a building because the Mira HQ players appear in the headquarters of a skyscraper. You can use all your imagination powers to fully enjoy the gaming process on this map. This is a unique map because there are no cameras here. Instead of them, the players will see special Doorlogs showing the positions of the other players.
Read more 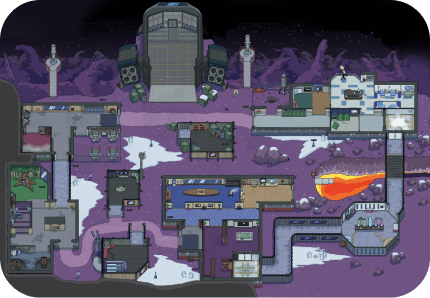 Investigate a planetary base just playing this map. This map is a great opportunity to experience a huge world of the Polus planet. The players can face a bunch of corridors where an imposter can hide. However, the map helps the players to find one easier.
Read more 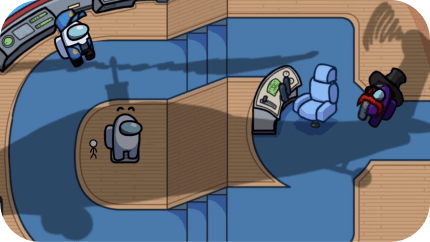 Brief Overview of the Among Us maps

The Among us is becoming a more and more popular game in the players’ world. Now, we can dive into the worlds of four maps. All of these maps have their own unique structure, tasks, rooms, and locations.

This map is known to be the first released map in the Among us universe.

The structure: This map is easy to go through. You can drop on the right side of the ship going through a corridor. The other one helps you to go to the left. The same three corridors lead from the top to the end of the map.

The vent system: The vents are located in each room. But, they are not connected. So, you should remember a triangle on the map. It is easy to memorize.

The gaming process takes place in the headquarters of the skyscraper.

Try to play and survive on a snowy planet Polus.

It is the latest map in this game. All gaming processes take place in the airship with a viewing deck.

Maps FAQ
What will the airship offer the players?

The players will have an opportunity to choose a room where they can start the game. This is not possible in the other maps. The Players can choose the starting point from Records, Engine Room or the Main Hall. However, the time for making a decision is limited. You will have only a few seconds to do it. Such an opportunity will help the players to make a plan for winning and playing a cool game.

How to play on your own in all kinds of maps?

All of us think that it is easier and more interesting to play as a member of some crew. But, you should try enjoying the game just playing by yourself. You can do it by trying out a new single-play version. It will be a great experience for you. This opportunity lets the players get some thrilling feelings deciding, choosing and taking some risks on their own. Sometimes, it can be more difficult, but it is a true pleasure.

Why is Mira HQ considered to be the worst map in this game?

This map has a unique structure because it is pretty tiny. Some players say that this map is too complicated for playing. They like the playing system in the previous maps. First, the players are surprised by the size of this map. The structure of the map does not make it easy to be successful for imposters because they can be easily seen. So, if you kill a player, you will be caught. But, there is a great advantage for them. The vents are connected on this map. This is a kind of hard training for all players.

Is it true that the new airship map is bigger than Polus?

There is no much information about this map. It is only coming soon. However, the developers of this game have stated that this map will be the biggest one in this set of maps. The players will happen to appear in the red airship with a large number of rooms. Some players say that this map will be free for everyone. This map should be considered very large because there are many huge rooms on this map. It will be an interesting trip on this gaming map.

Why Polus is considered to be the best map in Among us?

This map looks like a huge planetary base on the Polus planet. It is the first map in this game. So, this map gives a great opportunity to dive into the Among us universe for players who do not know this game. There are a bunch of tasks where you can practice your skills. It will help you to study the structure and system of this game. This map is a great adventure. Obviously, there is no reason to stay bored and not enjoy the unique world of this planet.